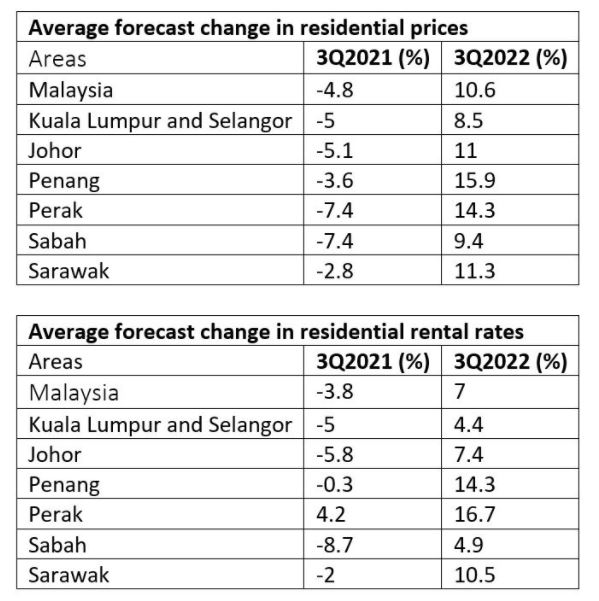 KUALA LUMPUR: Asking prices for properties in major markets in Malaysia have increased despite the unprecedented impact of the Covid-19 outbreak and the resulting Movement Control Order (MCO).
This is according to the latest Property Market Index report. The overall index showed marginal improvement in the first quarter, increasing 0.63 per cent from 88.90 in fourth quarter (Q4) 2019 to 89.46 in first quarter (Q1) 2020.
However, was accompanied by a substantial drop in incoming supply of 10.47 per cent over the same period.
It represents the steepest quarterly decline in three years as the MCO impacts construction, listing and viewing activities in Malaysia.
"Sentiment up in the central region, down in Penang and Johor," PropertyGuru Malaysia country manager Sheldon Fernandez said.
As necessary measures to stem the spread of the pandemic were put into effect towards the end of the first quarter of this year, the property market expectedly saw a sharp drop in activity across the board.
However, Fernandez said the moderation of price growth, as well as transaction volumes and values in recent years, might have had a buffering effect on the market.
"An upswing in asking prices in major metropolitan areas can also be seen in the first quarter, pointing towards a rise in interest in these areas as Malaysia takes a 'soft-landing' approach post-MCO," he said.
Selangor showcased the highest rise in asking prices, rising 1.94 per cent from 91.43 in Q4 2019 to 93.20 in Q1 2020.
This was followed by Kuala Lumpur with a 1.81 per cent increase from 94.90 to 96.62 over the same period.
It said while the timeframe had coincided with the onset of the Covid-19 outbreak and MCO in March, the full effects of the pandemic might see steeper asking price drop in subsequent quarters.
However, the upswing points towards strong interest in the central region, which is in line with increased investor activity in high-rise projects closer to metropolitan areas during crisis years.
It said Penang and Johor saw asking price downtrends continuing from recent years, although declines were at 0.13 per cent and 0.59 per cent respectively.
Penang saw its index fall from 95.39 in Q4 2019 to 95.27 in Q1 2020, while Johor saw the largest decrease across major markets, from 99.59 to 99.00 over the same period.
"Healthy price movements in central areas were accompanied by steep drops in incoming supply, declining in Kuala Lumpur and Selangor by 11.53per cent and 10.19 per cent respectively.
"These patterns were also seen in other major markets to lesser degrees, with supply decreasing by 0.55 per cent in Johor and 0.12 per cent in Penang," it added.